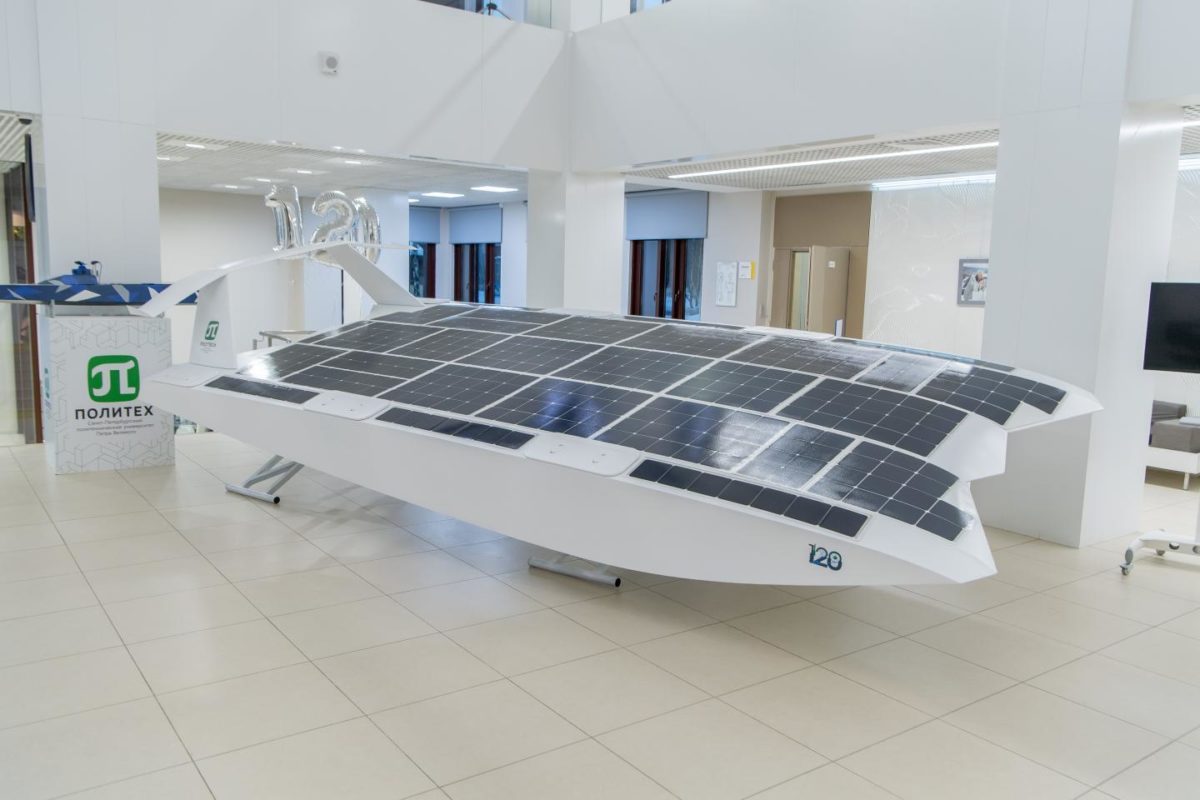 The pilotless, high-speed solar boat, now under development by Russian scientists, purportedly has unlimited power reserves. It could be used for marine patrols, search and rescue operations, and cargo delivery, they said.

The small craft is a wing-in-ground-effect vehicle (GEV) and can achieve sustained times over water surfaces through the ground effect, which is the interaction between the wings of a vehicle and flat surfaces. Pilotless ground-effect vehicles are often used for water patrols, to conduct search and rescue operations, and to deliver cargo.

The scientists will test the first prototype this summer on the Neva River near St. Petersburg. “Our wing-in-ground-effect vehicle has long wings, thus it moves along the air cushion itself,” they said. The solar panels are installed on the craft’s hull and wings, while a storage system is embedded in its core.

Compared to other GEV vehicles, the new boat is said to be much lighter, as it does not contain heavy fuel thanks. For this reason, the researchers believe their vehicle may be able to reach higher speeds than conventional GEV vehicles, which tend to max out at around 200 km/hour. They did not provide any additional details, however.

“We installed a laser radar (Lidar) on the boat to train the wing-in-ground-effect vehicle to recognize the obstacles and avoid them. And the radio radar was also added to increase the range of the vision system to 30 miles,” said Alexei Maistro, a researcher at SPbPU.

The pilot has been replaced by artificial intelligence technology, which also reduces the weight of the craft during operation. The scientists claim the new boat has unlimited power reserves.